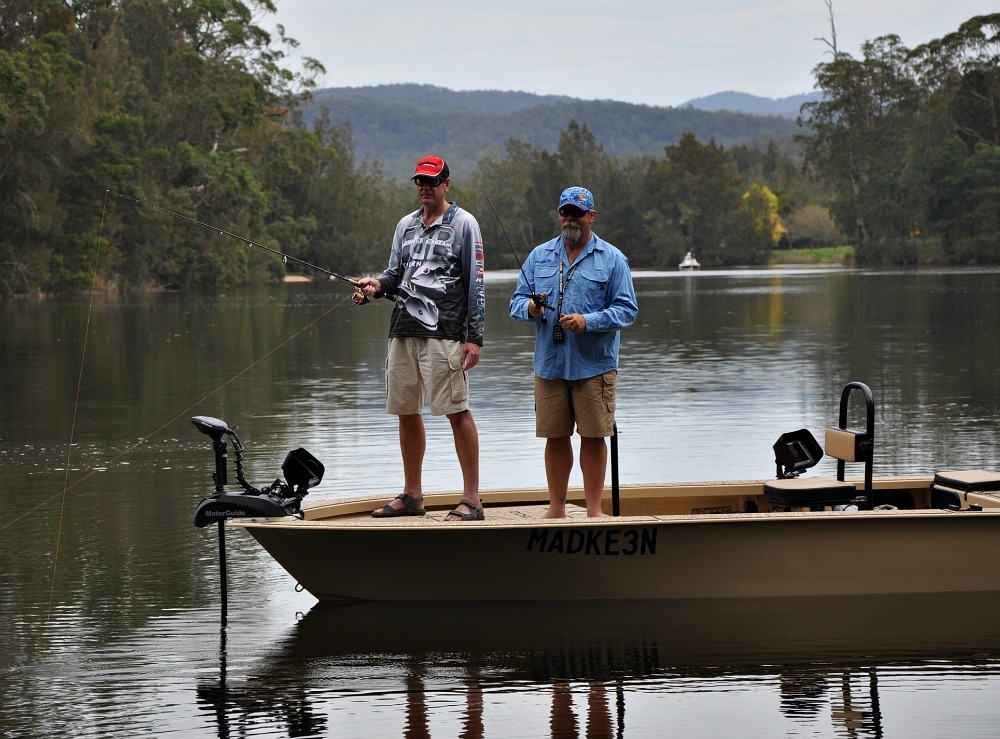 With MotorGuide as its major sponsor, the sixth annual Tuross Head Tournament has been an outstanding success with 255 competitors taking to the water

At the end of the weekend catch-and-release fishing tournament, the experienced David Fraser took home the winner’s trophy with his two best flatheads (48 and 72.6 cm) and two best bream (32.3 and 27.5 cm) giving him a total of 248.1 points, and a comfortable 10-point gap on Stuart Walker in second place.

It was a one to remember for David. By 3pm on Saturday he didn’t have a fish in the boat, then he caught his final four in just half-an-hour.

The largest flathead of the competition was caught by Malcolm Gilham and largest bream by Jeremy Leoflath.

“The weather was great, thank goodness, and while the fishing was a bit slow on the Saturday by the end, things were back to normal with some very nice fish recorded. Most fishers were two to three in a boat, and this year we had a lot of kayakers with some people even fishing from the banks,” he said.

“I would really like to send a big thank you to the rest of the committee and volunteers involved in running this competition, things ran very smoothly and without their help this tournament wouldn’t be what it is today.

“In just a few years the competition has gotten stronger and stronger, with entries filling up a lot quicker. Plenty of the competitors bring their family to Tuross Head so we have 800-1,000 people come into the area which is tremendous for the local economy.”

As part of its sponsorship MotorGuide supplied a new bow mount MotorGuide Xi5 trolling motor which was given away as a Lucky Angler prize.

“That was a great prize that everyone was hoping for, and I’d like to thank MotorGuide for the wonderful support they have provided to the tournament,” Peter said.

MotorGuide motors were a common sight at the tournament, being ideally suited to competition fishing.

With the Pinpoint GPS system, the MotorGuide Xi5 allows fishers to stay in a specific spot (Anchor Mode), shuffle the boat in either direction to better explore fishing holes (Jog Function), move in a chosen direction (Heading Lock) and much more.

The Xi5 is also fully compatible to Lowrance fishfinder/chart plotters through the Pinpoint Connect interface, which was also part of the major giveaway.