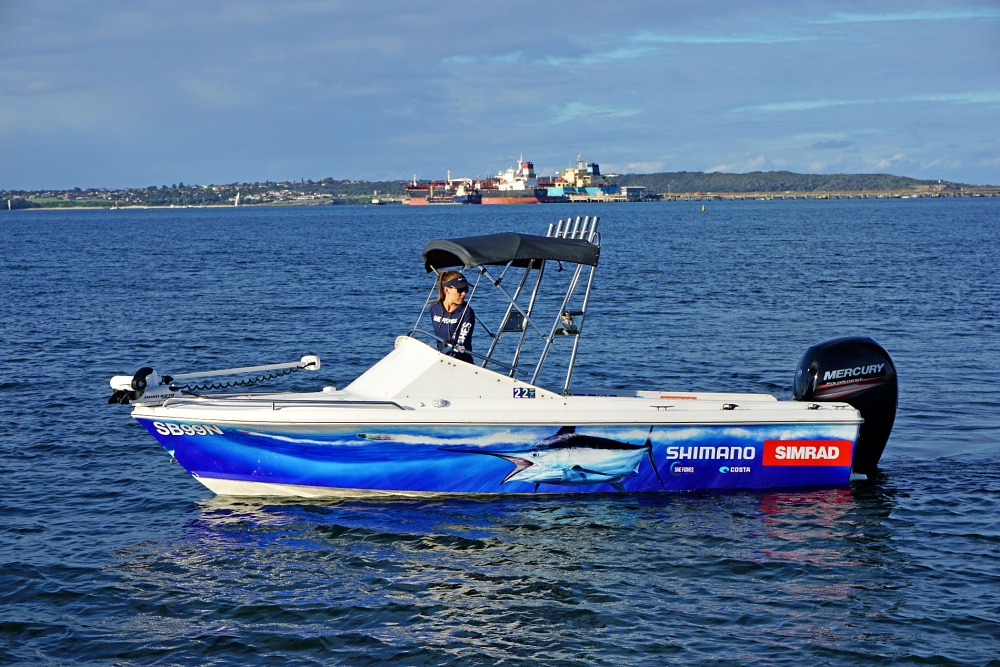 Chloe Laurence is having a great time – breaking down stereotypes while doing what she loves.

A talented fisher with numerous tournament wins to her name, Chloe is helping to eliminate the myth that fishing’s just “a bloke’s sport” while encouraging everyone to try throwing in a line.

“It started out fishing occasionally on the weekend but I got bitten by the bug and now it’s developed into a full-time passion,” said Chloe, who also works as a fishing journalist and photographer, and has her own website “She Fishes”.

With a focus on inshore sports fishing as well as game fishing for marlin and tuna, Chloe spends as much time as she can out on the water – propelled by a brand new Mercury 150 FourStroke.

“My husband Tom and I have had two stroke engines on our Seydelcraft 520R for the last five years and have done nearly 3,000 hours in that time, but decided to upgrade after fishing with friends with four strokes.

“The boat is very sensitive to weight, so the Mercury 150 was an obvious choice being the lightest engine in its class.

“I admit I was a little concerned about losing that two stroke ‘grunt’ that really helps with some of the river bar crossings that we have here on the East Coast.

“But our initial test runs put those concerns to rest instantly. The power, that instant acceleration of the 150 Mercury FourStroke is just incredible.”

Chloe, like so many others, has also been amazed at how quiet the engine is.

“It’s often hard to tell whether or not it’s actually running when it’s in idle, and you can comfortably have a conversation even when running at high revs.

“I also really like the troll control option and being able to increase our RPM in small increments below 1,000 rpm with the push of a button.

“It’s a great feature when live-baiting for marlin and just makes life that bit easier out on the water.”

You can also check out Chloe’s fishing exploits via Facebook