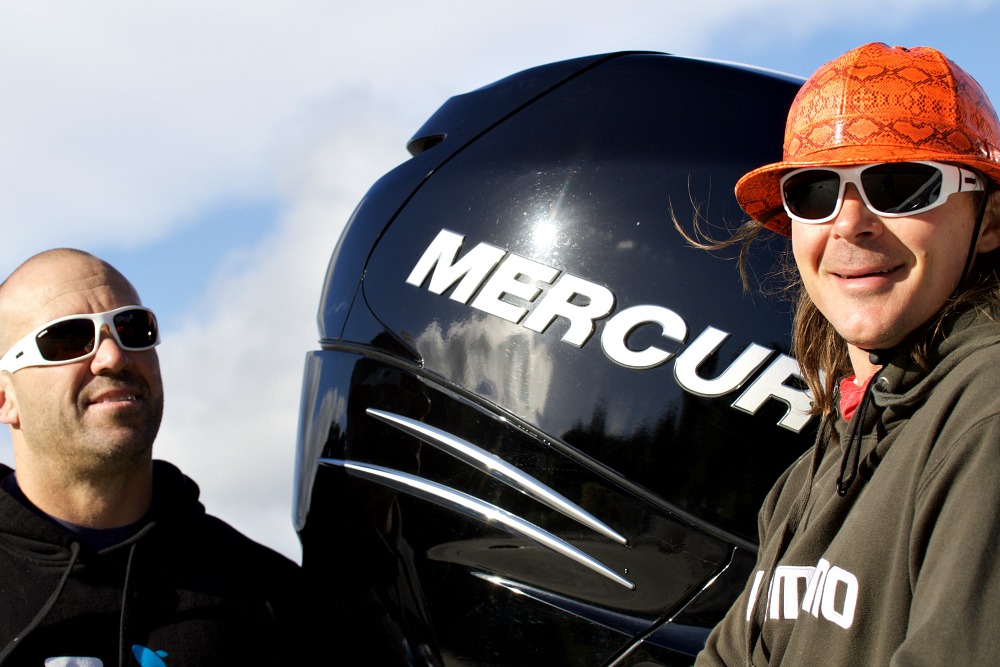 Mercury Marine is now a proud sponsor of Big Angry Fish, the New Zealand-made fishing show which has built a big fan base at home and a growing legion of followers in Australia.

The show, which is going into its sixth season, specialises in showing people how to get big fish in shallow water, with hosts Milan Radonich and Nathan O’Hearn sharing epic fishing moments (both good and bad), stunning scenery, amazing wildlife and most of all some very impressive fish caught and released.

Mercury is now the official engine supplier to Big Angry Fish, teaming up with Tristan Boats and powering them with the legendary Mercury Verado and the mighty 150hp FourStroke.

“We’re very pleased to have Mercury on board as a new partner and we’re really looking forward to getting to know all about these new outboards and putting them through their paces in the weeks and months ahead,” Milan said.

“You don’t get to be the largest outboard company in the world without doing a lot of things right, and we’re going to have some fun finding out.”

With a strong focus on being respectful to sea life and its precious habitats, the guys are obsessed with finding trophy fish in just a few metres of water.

Much of their time is spent in New Zealand and Australian waters, but they’ll go anywhere for a big angry fish – like 270kg sturgeon in the rivers in Canada, pre-historic alligator gar in Texas, Welsh catfish in Spain to weird looking arapaima in the Amazon River.

“They just love getting out there to fish and enjoy themselves, and that’s central to what Mercury is all about – giving people great engines and products so they can get on the water and do what they want to do,” he said.

“It’s a great show that’s really worth giving a look.” Big Angry Fish can be caught on New Zealand’s TV3 and on 7mate in Australia.

To check it out, go to www.bigangryfish.tv