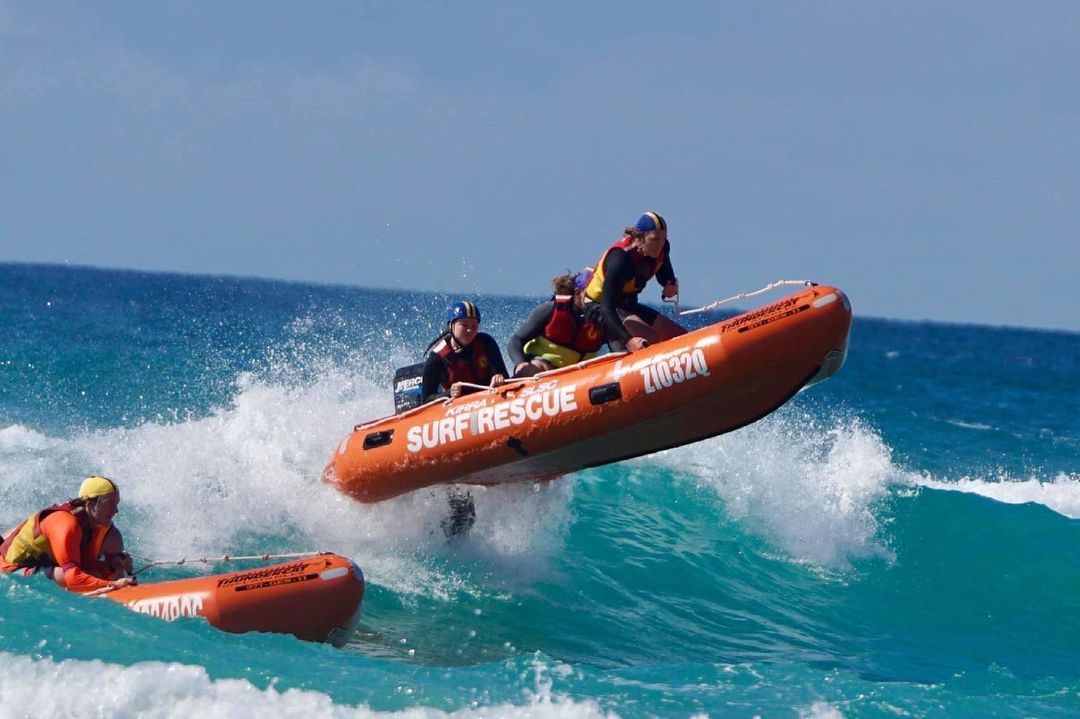 20 July 2021 — Rough surf, treacherous currents and big waves. These are the punishing conditions that the current Australian IRB Champions at Kirra Surf Life Saving Club must battle with at every competition.
But these courageous teams go into the water, confident that their Mercury 25hp SeaPros will not only power through – but also give them the winning edge.

For Kirra SLSC’s IRB (Inflatable Rescue Boat) coach, Andrew McAuliffe, having the reliability of a Mercury engine is essential in helping the club take out gold during competition season. “These engines go through hell,” Andrew said.

“And yet we can still rely on them to safely and efficiently run us through whatever conditions we’re facing.
“We put these motors through some very harsh conditions – and they just keep going for us. “These motors sit on the beach rescue-ready. They’re being hit by salt, sand and heat. “There’s not many mechanical pieces of equipment that you could put on the beach week in, week out, year in, year out and still have them operate perfect year after year.

“In fact, we’ve got Mercury outboards that are seven or eight years old that still run as smoothly as they did new.”
Andrew is rightly proud of the association the Kirra Surf Life Saving Club has with Mercury Marine.

The Kirra team at the Sharkskin Ocean Roar series in the Gold Coast earlier this year “It’s really no wonder that so many other clubs are using Mercury outboards on their boats. The brand really speaks for itself at this point, and it rightly has the reputation of building incredibly robust machinery.”

According to Mercury Marine’s Commercial Business Manager, Glenn Davidson, the club is worthy of its accolades.
“Not only are they the current Australian Overall Club Champions, but they’ve also taken out the title of Open Overall Champions and Under 23 Champions,” Glenn said.

“Impressively the team recently took out the Sharkskin Ocean Roar series, having beaten the nearest rival by 50 points after four rounds.

“The Kirra Club is built upon a passion for the sport, and we’re excited to continue supporting them as they inevitably keep repeating the successes they’ve had.” As for Andrew, he’s been volunteering for the club for over 22 years, and what keeps him coming back to coach is the closeness of the club.

“Ten years ago, there were probably five or six of us – now there’s over 40 members in the team all volunteers. We’ve all grown with the club together and become really close mates,” Andrew said. And despite working full-time as General Manager of ASP Piling, he manages to find the balance between work, volunteering and family. “Having kids come up through our Nippers program means it really becomes like family. My own kids are also really involved in the club, too. “That’s my ‘why’, that keeps me coaching and makes me excited to continue working with the club; it feels like a close-knit family.”

Andrew is looking forward to more successful competition seasons and hopes the club returns to its full glory after being impacted by Covid-19.

“We’ve got some of the very best competitors in our team, our club’s history is based in IRB and we’re developing some really strong athletes,” Andrew said.

“I’m confident after this year’s wins that we’re looking towards many more competition victories.”