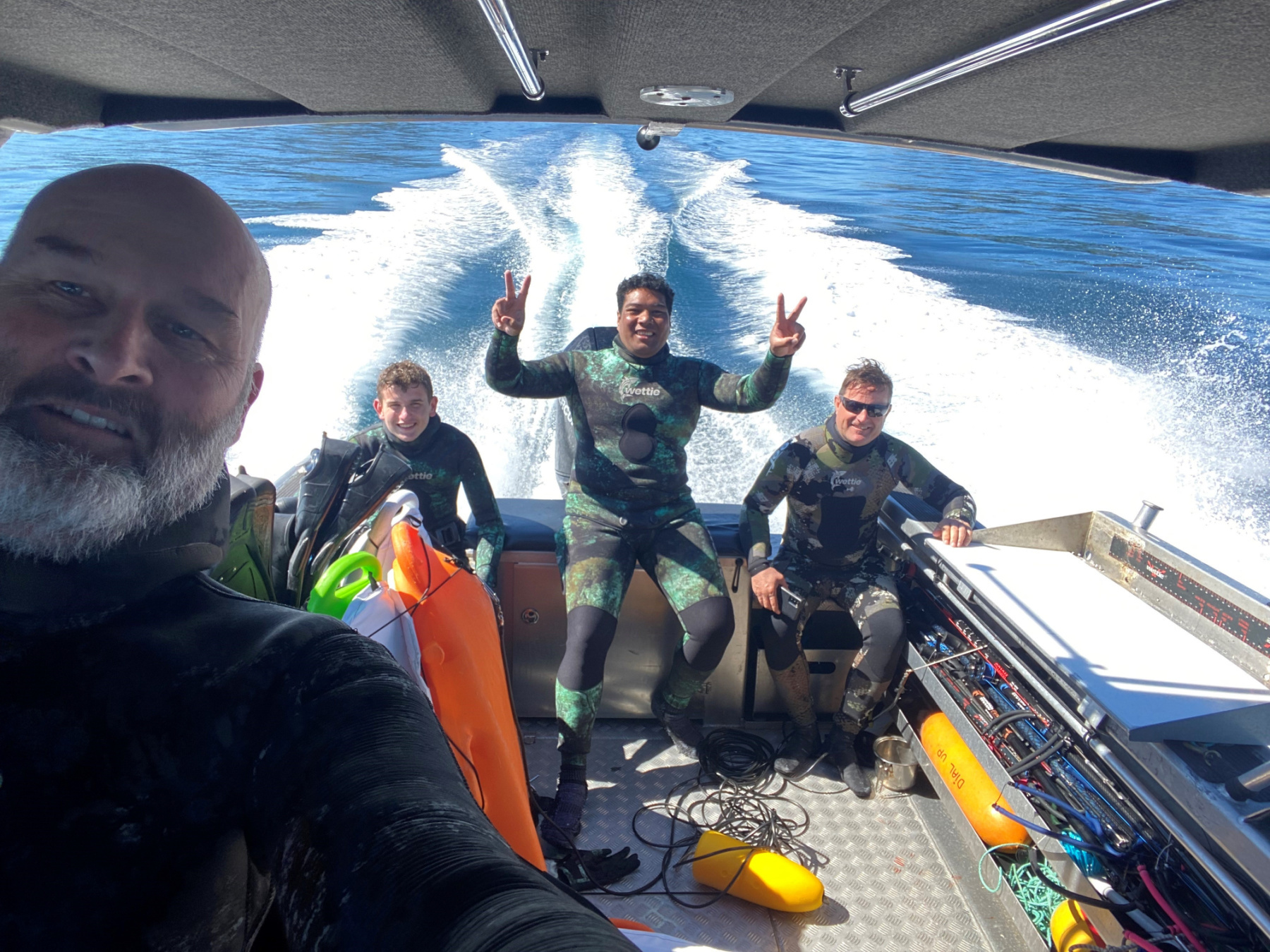 New Zealand’s Spearfishing Guru, Darren Shields, hadn’t owned a Mercury engine for 43 years – when his dad used to have an old 50hp Mercury.

But after upgrading to a 7.45m aluminium boat, he was finding the ride a little sluggish with the engine he had powering the boat. He decided he needed a new, more powerful engine.

“When I had a few friends and all our diving equipment the ride at times felt laboured sort of like driving a bus on water,” Darren said.

“I was coaxed into looking at repowering to Mercury. So, I did – with a Mercury 4.6L V8 300hp FourStroke Outboard.

“Now, my bus has turned into a sportscar.”

Darren is a six-time New Zealand spearfishing champion, who has clocked up thousands of hours out on the water and travelled the world “diving it all”.

He holds the New Zealand record for yellowfin tuna – 48kgs, has shot marlin up to 134kgs and a 14kg snapper.

So, when it comes to engines Darren considers having a good one “extremely important.”

“I can now get up and stay on the plane, with ease. I’m not even talking about high-end speeds, the Mercury is just exhilarating,” Darren said.

“Not only is it 48kgs lighter than the 250hp outboard I was using from a previous brand, it’s also smoother and significantly more fuel efficient.

“It’s so quiet that we can just have conversations in the cabin. Previously with engine noise conversing was not an easy option.

“My boat feels like a whole new boat now.”

Spearfishing is an institution in the Shields household, with Darren’s son the current NZ number one and his son’s girlfriend NZ’s number one female spearfisher.

With his wife, Darren owns Wettie – New Zealand’s biggest spearfishing, wetsuit and dive equipment business. They operate seven days a week out of Auckland in retail, online and wholesale.

So, when the weather is superb Darren makes sure to slip out as often as possible to get another dive in, now more than ever.

“I don’t know how to explain it, I just really want to drive my boat all the time!”